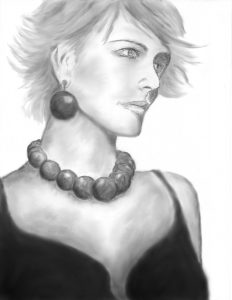 e idea for a seventh and final Jack Commer, Supreme Commander adventure came in February 2018, but I was unsure how the concept could form a novel. In the early stages of developing plot and characters, with the book still untitled but the notion of Balloon Ship Armageddon already taking hold, I spoke with twelve characters from the previous six books, wanting to know what energies they could bring to the novel. Each character got a post on blog.sortmind.com over four weeks in April and May 2018. Many of them spent a lot of time arguing with me, and two of them kept interrupting others’ interviews.

The characters all got heard, surprising me with their eloquence and their concerns, even the ones who were eventually cut. Though Waterfall Sequence, Ranna Kikken Commer, and Jackie Vespertine had extensive exposure in the novel’s first draft, they were essentially side characters muddling the plot, so I cut them except for minor mentions in the final MS. T’ohj’puv and Joe Commer wound up with merely supporting roles, but the other seven formed the core of the book. 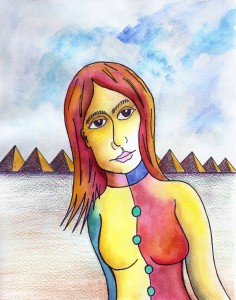 ck Ballard was initially slated to be written out after a ghastly death in chapter one, but his icky, testosterone-laced personality barged into the rest of the interviews and infiltrated the final novel as well. Jack’s son Jonathan James confronted his reputation for major, ego-tripping chaos creation and stepped up to a demanding role. Jack and his wife Amav underwent some necessary psychological discoveries about themselves and their marriage.

Amy Nortel found her promised niche as a truly over-the-top evil genius vixen. That’s her on the cover, Jack’s old high school English AP teacher, rejuvenated to twenty-five. She’s like the actress who shows up for the audition determined to dominate the show, and she almost did.

That role fell to two characters: the brazen Laurie Lachrer 283 robot and the human she’s modeled on, genius physician/engineer Laurie Lachrer. Human Laurie, originally to have been fully replaced by her robot twin for this book, surprised me by fiercely protesting her exclusion and haranguing her way back for a major role. She and her robot argue about who’s the most qualified Laurie, and the quarrel continues into the novel.

The author and characters ponder plot ideas that find expression in the final Balloon Ship Armageddon. When I re-edited the entire Jack Commer series in 2020 I did make a chronology change, beginning the solar system disasters in 2028 as opposed to 2020, generously providing us eight more years.